“Science Radio?  That’s pretty cool.  Are you on the air yet?”

That was the most popular question from those stopping by Radio Newark’s booth at New Night 2015.  Most folks were not aware of the station, its mission or location on the Internet or its soon-to-be home on FM radio as WIZU 99.9.  In short, it’s “Science, but not the boring kind!”

We had plenty of brochures and information detailing the listening area, our goals and our focus on being a community science station.  Although the station has an incredible network of global affiliations, including Vatican Radio, our focus is on fostering and continuing interest in science related topics in the Newark community and bringing them on air.

As an added measure of fun and small fund raiser, each person who stopped by had the chance to guess how many candy/gum items were in the big jar. Each guess was only 25 cents and each guesser had the chance to examine the jar carefully, putting math skills to work to determine the correct amount.

Consolation prizes were given to those who could answer interesting and humorous questions about the topic of the day, the Octopus!  Who knew the octopus had three hearts or that the favorite lunch of the octopus was a “peanut butter and jellyfish sandwich”?

Speaking of the candy jar, the most popular guesses were 100 and 250; both tied for the most guesses from participants. But the real number of items in that jar? 296!   One person came very close at 295, but we were able to squeeze in one more piece of candy.

Thanks so much to everyone who stopped by our booth and signed up for the email list, took a brochure, made a donation or took a guess.

And the answer to the most popular question about when Radio Newark will be on the air?   Soon! We’re expecting installation of a new “tower of power” by early August, 2015. So, as they say in the broadcast business, “stay tuned”—literally! 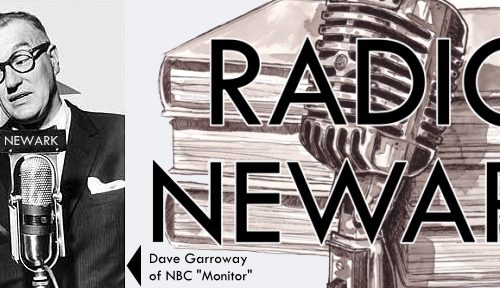