So, after the passing of a SECOND snowstorm dropping more than two feet of the white stuff here in Delaware I spent some quality time with my new best friend, the snowblower.

A couple hours later, driveway and sidewalks clear, I plopped into the chair for a Sunday night breather and started to think about content for Radio Newark.  I remembered one show, back in the late 70’s and early 80’s when I was in the Army, stationed at Fort Carson, Colorado.  Up verrry early three days a week for PT (group exercises).  I loved those mornings — but not because of the PT.  Because of a radio show I would hear on KOA radio — the farm and ranch report.

A man named Evan Slack flew all over the Rockies reporting on feeder cattle, soybean prices, Big Sky country, upcoming bull auctions, legislation in Washington and hundreds of other farming and ranching topics that were all Big Unknowns to me.  He was fascinating — weaving in and out of a story, bringing in respected experts for rare insight, speaking warmly — slowly — reverently like your best friend’s grandfather.  I really didn’t grok his subjects but I loved Evan’s reports, humor, intellect, and interviews.  I remembered a couple of his broadcasts distinctly.

Still, I was surprised that after 28 years I remembered his name — Evan Slack.  Curious and wondering, I Googled him up and found him here.  I sent him an email with my remembrances and sincere thanks for all those good mornings in Colorado.

He called me the next day.

And I got to meet an old friend I never knew.  His warmth and interest were genuine.  He asked me about Radio Newark.  After learning about us, he talked about broadcasting, saying “Speak to one person, that person being a combination of a stranger, a good friend, and an intimate family member.”  When I listen to his broadcasts now, I hear him doing that.  It’s in the DNA of each segment.  The listener, the broadcaster, and the topic become mixed together.  The story has a deeper impact and more longevity that way.

If you want to hear what I mean, try this.

So, even though you may not ever have thought about Evan’s report as one of your interests, you’ll likely hear him because interest in his broadcasts go far beyond his target market of farmers and ranchers.  He told me, “I’m bragging now, I’ll warn you.  Four times a lady’s come up to me at a stock show, pushing a toddler in a stoller saying, ‘Evan, meet Evan.  I’ve been listening to you for years.  Don’t always know what you’re sayin’, but I know you’re talking to ME.'”

Thanks, Evan.  See you in the Broadcasting Hall of Fame. 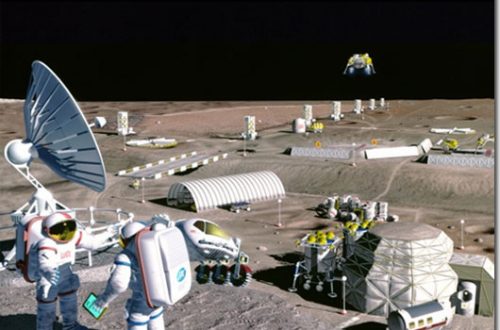