Vatican Radio is the official voice of the Catholic Church, headed by Pope Francis.  And because Catholics are found in every country, Vatican Radio maintains a huge footprint.  Programming is produced by over two hundred journalists located in 61 different countries totaling more than 42,000 hours of simultaneous broadcasting covering international news, religious celebrations, in-depth programs, and music. 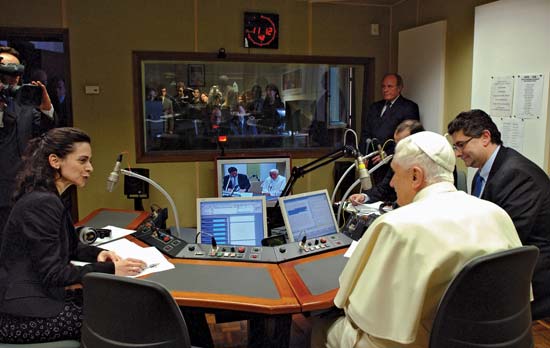 According to VR’s website, “The main task of Vatican Radio is to proclaim the Christian message freely, faithfully and efficiently and keeping the center of Catholicism in contact with the different countries of the world by:

Although Vatican Radio is a gigantic service, we carry only two newscasts per day, each of which are rebroadcast once.  There is a very human, caring touch to these newscasts which reflect the personality of the new Pope, who has been noted “for his humility, his concern for the poor, and his commitment to dialogue as a way to build bridges between people of all backgrounds, beliefs, and faiths.”  (Wikipedia)

It is an honor to be counted as an affiliate of Vatican Radio.  We are very grateful for this interesting perspective.  Listen with an open mind and see if you learn something new.

One comment on “International News from Radio Vaticana (Vatican Radio)”