This post covers the Style Guide for our program format and how we got there.

A few years ago, I took stock of “what is wrong with radio,” and came up with this list:

Sidebar — Does this sound familiar?

“We offer fast, friendly, reliable service at affordable prices.  Our friendly and knowledgeable staff is here Monday to Friday, nine until six, Saturday, ten until four, for your shopping convenience.  Quality and selection — GUARANTEED low prices — are just SOME of the things you can depend on AND TRUST from your locally-owned and operated value center.  Convenient payment plans available, some restrictions apply on limited time offer, so call, drop-in and experience the difference that service, selection, and quality makes.”  (Thank you, Gair Maxwell — yes, I bought his book.)  Radio ads in Delaware just ROT. 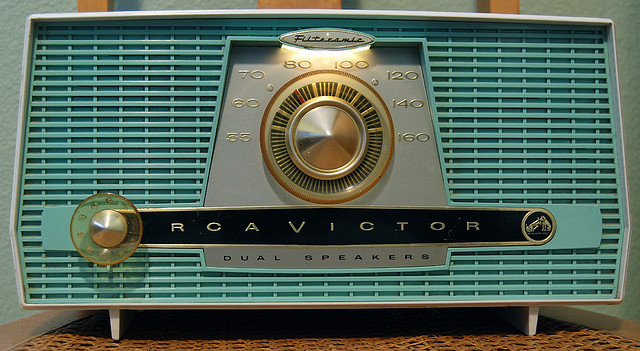 Now, before the wrong people start taking this personally (like they’re really going to care what I say anyway…), you need to know that quite a bit of the above DOES NOT APPLY TO WDEL-AM.  This is the one shining ray on Delaware’s radio dial.  WDEL has a great staff, understanding executives, great support from businesses and the community, and a full complement of listeners.  Peter, Mellany, Allan, Al, Rick, and Pete (the boss) really do great radio — day in and day out.

As a SCIENCE radio station, Radio Newark takes the above programming guidelines and blows them up.  Wrecks ’em.  Breaks every rule that’s up there.

Except for the common theme of entertainment, education and inspiration, we have no single topic and no real schedule.  News at the top of the hour, and around half-past too, but there is no pattern to the programming in between.

We have no host.  At all.  Not even robotic ones.  (We hope to, soon, though, because we feel this is important.)

We don’t do block programming — we do the opposite.  Our snackable content varies in length from one or two minutes up to ten or twelve on average, but each piece is different from the next.  From a different producer, on a different topic, with a different story to tell.

And we search out every possible program of interest, from whatever network or organization it may be produced.  We have as of August 18, 2014 signed, formal and informal rebroadcast or affiliation agreements with sixty-two networks, producers, and content sources.

This post isn’t finished, yet, but I’m going to make it public anyway.  There’s much more to say on this topic.